Carl G. Jung was indebted to the indigenous peoples he met on his travels to America, North Africa, Uganda and India for the rebirthing process that such contact with these different cultures played in the evolution of his psychological theories connected to rebirth and renewal.

Aims of the Conference
Jung was indebted to the indigenous peoples he met on his travels to America, North Africa, Uganda and India for the rebirthing process that such contact with these different cultures played in the evolution of his psychological theories connected to rebirth and renewal. Through contact with indigenous peoples, Jung discovered a new and enlivened emotional immediacy to nature that he felt had become disassociated under the pressure of being European. This conference’s theme places Jung’s work on individuation in a vis-à-vis with the traditions of indigenous peoples, as one aspect of the broader perspective of rebirth and renewal found in Jung’s work on symbols as transformers of energy.

This conference uses Phoenix as a symbol of rebirth and renewal and as a guide to modern city life. Its location in Arizona’s “valley of the sun” connects the city in several ways to the symbolism of the individuation process, that is, new growth out of old ruins. The city was named Phoenix because like its namesake the mythical bird, it rose up from the cultures of its past. By way of disused irrigation canals of the previous indigenous culture of the Hohokam, the city evolved through being nurtured by hidden waterways. The Phoenix as one symbol and aspect of the individuation process which concentrates on death/rebirth/renewal is specifically connected in this case to an image of the worm that crawls out of the debris/ashes to grow again into the beautiful red/purple Phoenix, its tears healing previous injury. The appearance of the Trickster fertility god, Kokopelli, associated with the Hohokam peoples, emphasizes that rebirth develops out of ambivalent creative processes. The Trickster recognizes the ‘death’ process as a destructive necessity and part of this process.

The Phoenix image was variously interpreted by Jung as a theriomorphic symbol of the Self; as a transformation and rebirth symbol; as Christ crucified and resurrected;  and as Ruach Elohih.

The Phoenix thus connects older indigenous cultures and their connection to nature with the modern mind-set in a manner which can heal the mind-body split between animal and human, sacred and profane. Recent scholarship revalues this animating function as both innovative and essential to the modern mind in its irrigating, compensatory function. Jung stresses the primordial man as the ‘round, original wholeness.’ Primordial experiences Jung suggests arise from the depths of prehistory and ‘rend from top to bottom the curtain upon which is painted the ordered world, and allow a glimpse into the unfathomable abyss of the unborn and of things yet to be.’ The Phoenix, as a city and a theriomorphic symbol of the Self, links the modern psyche to the creative wellspring of its primordial past that embraces both in an energetic synthesis.

More info regarding the conference you can find here: 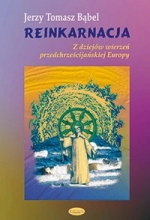