Einstein used many labels to describe his religious views, including "agnostic" "religious nonbeliever" and a believer in "Spinoza's God." He rejected other labels like "atheist" and "pantheist".

Personal God and the afterlife

Einstein expressed his skepticism regarding an anthropomorphic deity, often describing it as "naïve" and "childlike". He stated, "It seems to me that the idea of a personal God is an anthropological concept which I cannot take seriously. I feel also not able to imagine some will or goal outside the human sphere. My views are near those of Spinoza: admiration for the beauty of and belief in the logical simplicity of the order which we can grasp humbly and only imperfectly. I believe that we have to content ourselves with our imperfect knowledge and understanding and treat values and moral obligations as a purely human problem—the most important of all human problems."

On 22 March 1954 Einstein received a letter from J. Dispentiere, an Italian immigrant who had worked as an experimental machinist in New Jersey. Dispentiere had declared himself an atheist and was disappointed by a news report which had cast Einstein as conventionally religious. Einstein replied on 24 March 1954:

It was, of course, a lie what you read about my religious convictions, a lie which is being systematically repeated. I do not believe in a personal God and I have never denied this but have expressed it clearly. If something is in me which can be called religious then it is the unbounded admiration for the structure of the world so far as our science can reveal it.
In a letter to Beatrice Frohlich, 17 December 1952 Einstein stated, "The idea of a personal God is quite alien to me and seems even naïve." And to Eric Gutkind he wrote, "The word God is for me nothing more than the expression and product of human weaknesses, the Bible a collection of honourable, but still primitive legends which are nevertheless pretty childish. No interpretation no matter how subtle can (for me) change this. These subtilised interpretations are highly manifold according to their nature and have almost nothing to do with the original text."

On 24 April 1929, Einstein cabled Rabbi Herbert S. Goldstein in German: "I believe in Spinoza's God, who reveals himself in the harmony of all that exists, not in a God who concerns himself with the fate and the doings of mankind."

On the question of an afterlife Einstein stated to a Baptist pastor, "I do not believe in immortality of the individual, and I consider ethics to be an exclusively human concern with no superhuman authority behind it." This sentiment was also expressed in Einstein's The World as I See It, stating: "I cannot conceive of a God who rewards and punishes his creatures, or has a will of the type of which we are conscious in ourselves. An individual who should survive his physical death is also beyond my comprehension, nor do I wish it otherwise; such notions are for the fears or absurd egoism of feeble souls. Enough for me the mystery of the eternity of life, and the inkling of the marvellous structure of reality, together with the single-hearted endeavour to comprehend a portion, be it never so tiny, of the reason that manifests itself in nature."

Einstein rejected the label atheist, which he associated with certainty regarding God's nonexistence. Einstein stated: "I have repeatedly said that in my opinion the idea of a personal God is a childlike one. You may call me an agnostic, but I do not share the crusading spirit of the professional atheist whose fervor is mostly due to a painful act of liberation from the fetters of religious indoctrination received in youth. I prefer an attitude of humility corresponding to the weakness of our intellectual understanding of nature and of our own being." According to Prince Hubertus, Einstein said, "In view of such harmony in the cosmos which I, with my limited human mind, am able to recognize, there are yet people who say there is no God. But what really makes me angry is that they quote me for the support of such views."

Einstein had previously explored the belief that man could not understand the nature of God. In an interview published in 1930 in G. S. Viereck's book Glimpses of the Great, Einstein explained:

I'm not an atheist. I don't think I can call myself a pantheist. The problem involved is too vast for our limited minds. We are in the position of a little child entering a huge library filled with books in many languages. The child knows someone must have written those books. It does not know how. It does not understand the languages in which they are written. The child dimly suspects a mysterious order in the arrangement of the books but doesn't know what it is. That, it seems to me, is the attitude of even the most intelligent human being toward God. We see the universe marvelously arranged and obeying certain laws but only dimly understand these laws. Our limited minds grasp the mysterious force that moves the constellations. I am fascinated by Spinoza's pantheism, but admire even more his contribution to modern thought because he is the first philosopher to deal with the soul and body as one, and not two separate things.
In a 1950 letter to M. Berkowitz, Einstein stated that "My position concerning God is that of an agnostic. I am convinced that a vivid consciousness of the primary importance of moral principles for the betterment and ennoblement of life does not need the idea of a law-giver, especially a law-giver who works on the basis of reward and punishment." Author Anthony Alioto has referred to Einstein as an "agnostic theist" sometimes called a form of deism or panentheism.

According to biographer Walter Isaacson, Einstein was more inclined to denigrate disbelievers than the faithful. "The fanatical atheists," Einstein said in correspondence, "are like slaves who are still feeling the weight of their chains which they have thrown off after hard struggle. They are creatures who—in their grudge against traditional religion as the 'opium of the masses'—cannot hear the music of the spheres." Although he did not believe in a personal God, he indicated that he would never seek to combat such belief because "such a belief seems to me preferable to the lack of any transcendental outlook."

In 1945 Guy Raner, Jr. wrote a letter to Einstein, asking him if it was true that a Jesuit priest had caused Einstein to convert from atheism. Einstein replied, "I have never talked to a Jesuit priest in my life and I am astonished by the audacity to tell such lies about me. From the viewpoint of a Jesuit priest I am, of course, and have always been an atheist. ... It is always misleading to use anthropomorphical concepts in dealing with things outside the human sphere—childish analogies. We have to admire in humility and beautiful harmony of the structure of this world—as far as we can grasp it. And that is all." 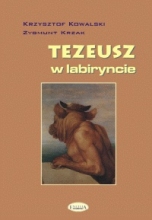