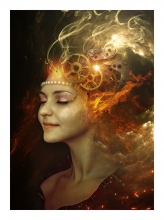 Intensive psychoanalytic therapy, the “talking cure” rooted in the ideas of Freud, has all but disappeared in the age of drug treatments and managed care.

But now researchers are reporting that the therapy can be effective against some chronic mental problems, including anxiety and  borderline personality disorder.

In a review of 23 studies of such treatment involving 1,053 patients, the researchers concluded that the therapy, given as often as three times a week, in many cases for more than a year, relieved symptoms of those problems significantly more than did some shorter-term therapies.

The authors, writing in Wednesday’s issue of The Journal of the American Medical Association, strongly urged scientists to undertake more testing of psychodynamic therapy, as it is known, before it is lost altogether as a historical curiosity.

The review is the first such evaluation of psychoanalysis to appear in a major medical journal, and the studies on which the new paper was based are not widely known among doctors.

'Hypocrisy Unmasked: Dissociation, Shame, and the Ethics of Inauthenticity'